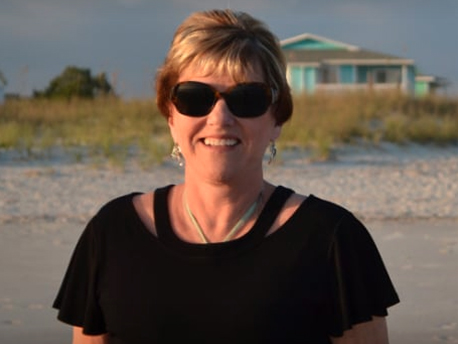 It is with deep sadness that we share the death of Candice Dullaghan. Candy served as Deputy Director and Chief Financial Officer  of Hope Harbor Home for several yreas. Her contribution to our lives and the lives of our clients are too numerous to list.

Candice Ruth Dullaghan, 70, of Holden Beach, North Carolina passed away from Acute Myeloid Leukemia on March 3, 2018 at the Duke University Hospital in Durham, North Carolina. Her loving family was by her side to comfort and support her on her journey.

Candy was born on October 2, 1947 in New Britain, Connecticut. Her parents are the late Albert Robert Neumann and Wilma Johanna Schrager, also of New Britain. She was a graduate of Northwestern Regional High School in Winsted, Connecticut. Candy also graduated as Salutatorian with high honors from The University of Hartford, Connecticut where she earned her Bachelor’s Degree in Business Administration, and shortly thereafter, her CPA.

Candy’s career was spent in the financial sector, where she worked for Aetna, ESPN, and most recently, as Deputy Director of Hope Harbor Home, a domestic violence shelter and services program. She was the agency’s Chief Financial Officer and oversaw management of its three Hope Chest Thrift Stores in Brunswick County, North Carolina.

Candy survived two battles with breast cancer, and one of the many causes she advocated was a cure for cancer. After completing treatment for a second occurrence of breast cancer, Candy joined Team Holden Beach Flip Flops to not only walk the Avon marathon and a half, but to also represent survivors by serving as a speaker at the closing ceremony. Candy continued to walk for a cure, participating in Avon, Susan G. Komen, Gail Parkins’ Ovarian, and Cape Fear Ribbon events.

Candy will be most remembered for her intelligence, quick wit, generosity, strength, determination, motivation, resilience, and her love and care for others, as well as, her attractive good looks, Italian and Swedish meatballs, and for always drinking a glass of Chardonnay with ice.

Candy is survived by her husband, James Dullaghan of Holden Beach, NC., her son Sean Messenger and his wife Magda Ziolkowska of Warsaw, Poland, and her daughter, Tricia Messenger of Holden Beach, NC. Candy loved her extended step family as her own, and she leaves behind her step daughter Denise and husband Barry Cress of Cumming, GA., stepdaughter Lisa and husband Raymond White of Wantage, NJ., stepson John and wife Debra Dullaghan of Estes Park, CO., and stepson Brian and wife Jeni Dullaghan of Moorpark, CA. As well as six grandchildren and one great grandchild. Candy also leaves behind a large extended family, including her siblings, sister Pamela and husband James Langer, sister Sharon and the late Charles Lynes, sister Susan and husband Brian Crunden, sister Wendy and husband Gus Ransom, and her brother Albert Jr. and wife Cynthia Neumann as well as several nieces and nephews from Connecticut.

A memorial service for friends and family will be held at 10:00 a.m. on Wednesday, March 14, 2018 at St. Brendan’s Catholic Church in South Brunswick, North Carolina. Light refreshments will follow the mass. Interment of her ashes will take place in Barkhamsted, Connecticut in September 2018.